There are many fantastic games for Microsoft’s Xbox on the market, but not all of them are suitable for younger kids to play. Many parents want their kids to have a fun time gaming with friends or family, but not necessarily be exposed to excessive violence or the grown up themes that often occur in the more mature games. If your kids love playing Xbox but you’re not sure which games are family friendly, we’ve got you covered.

We reviewed dozens of Xbox games for kids to identify the best of the best. We looked at age appropriateness, style of game, ease of gameplay, and customer reviews to pick out the best games in each category. All of the games listed below are for the Xbox One and can be purchased online at Amazon. 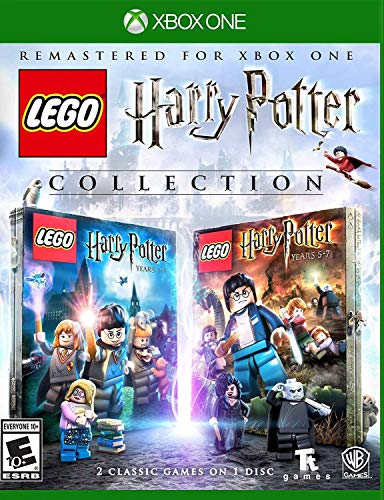 The LEGO Harry Potter Collection for Xbox One is our pick for the top LEGO Xbox game for kids. This pack includes two Harry Potter games and offers fun and magic for both kids and adults. With plenty of interactive in game activities and the typical LEGO humor, kids will love playing their way through Harry’s adventures.

The 5 Top-Rated Xbox Games for Kids

Players can cast spells, make potions, solve riddles, and duel as they explore the world of Hogwarts and beyond. This game is rated Everyone 10+ for cartoon violence and crude humor. Reviewers love playing these games with their children, and say their kids enjoy playing both games repeatedly. They also mention that some of the scarier parts of the Harry Potter movies are changed to become funny in the games, so it stays at a more appropriate level for younger kids. 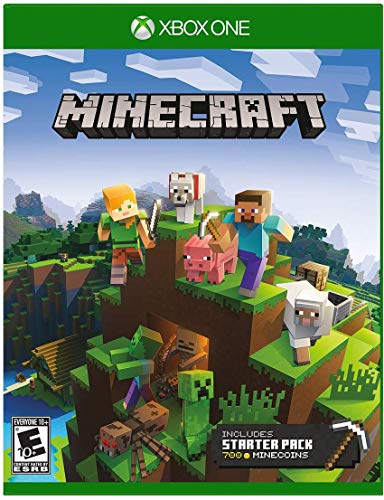 Minecraft Starter Collection
Let your kids’ imaginations run wild as they create anything they can think of in Minecraft for Xbox One.
Buy on Amazon

One of the most popular kids video games, the Minecraft Starter Collection for Xbox One comes with a ton of additional content including the Minecraft base game, 700 Minecoins to purchase items in game, the Starter Pack DLC, mash-ups, texture packs, skin packs and other fun and creative extras to customize play. Kids can play as single players or at home with their friends with a split screen option.

Minecraft has several play modes. In Creative Mode, players can let their creativity run wild and build whatever they can imagine, while in Survival Mode players must fight off monsters that spawn during the night. It’s rated Everyone 10+ for fantasy violence. Reviewers say their kids love this game and can spend hours playing it. Reviewers also like that this game encourages imagination and creativity in their kids. 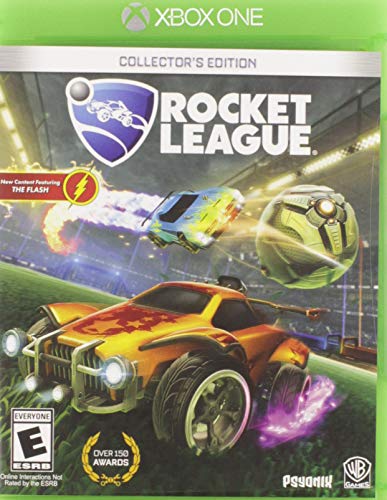 Rocket League is a fast and fun mash up of soccer and racing as you drive race cars around the pitch trying to maneuver a soccer ball. The Rocket League Collector’s Edition for Xbox One features thousands of battle car customizable combinations and unlockable vehicles and items. This game can be played as a single player against the computer or in practice mode. The 4 player split screen has both competition and cooperative modes makes this game a great option for your kids to play as a couch co-op with their friends. The difficulty level is customizable and there are several arenas that can be played.

Reviewers say this is a fantastic game even if you don’t like soccer or racing games. They also say it’s one of the best multiplayer couch games out there since players have the choice to compete against each other or play on the same team. According to the reviews, kids as young as 5 love playing this game, and as there’s no foul language or shooting, it’s a fun game for kids of all ages. 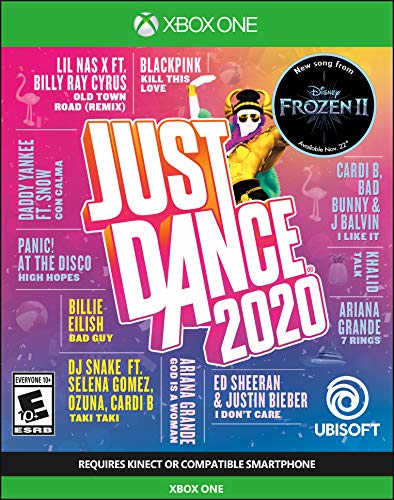 The perfect kids party game, Just Dance 2020 is the newest Just Dance game for Xbox One updated with the latest hits. Kids can use a smartphone as the controller or this game can be played with an Xbox Kinect. This version has 40 new top hits such as “I Don’t Care” by Ed Sheeran & Justin Bieber, and “Into the Unknown” from Frozen 2. There’s also an entire kids section full of songs they’ll love.

Players can create their own playlists to dance to, and a free one month trial of Just Dance Unlimited music options are included in the purchase. After trial, there’s an additional small monthly fee to continue to use Unlimited, but the game itself has enough songs to keep kids entertained if you don’t want to purchase that service. Just Dance is a great way to give kids exercise while playing video games and is the perfect way to throw a dance party for their friends or the whole family.

Reviewers like that this is an active videogame and think the choreography is smoother and easier than previous editions. They say their kids love playing this edition and it’s a great way to keep them moving while they’re stuck inside. 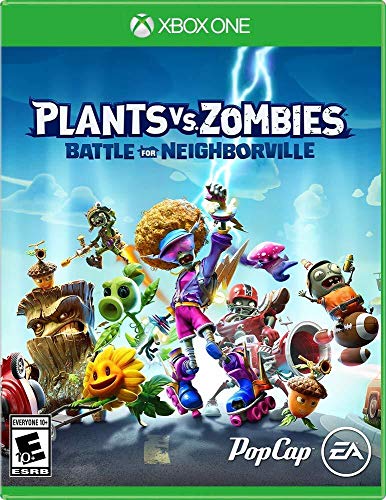 Plants Vs. Zombies: Battle for Neighborville
Different types of plants fight off funny looking zombies for control of Neighborville in this silly shooter style game.
$18.85
Buy on Amazon

While Plants Vs. Zombies: Battle for Neighborville is technically a shooting game, there isn’t any real violence taking place. This game pits sunflowers, mushrooms, and all sorts of plant characters against invading silly looking zombies as they battle to take over different areas around town. There’s no blood or gore, it’s more of a silly cartoon invasion with customizable plant characters fending off ridiculous looking zombies from the park, main street, and other locations around Neighborville.

It’s rated Everyone 10+ for comic mischief and fantasy violence. Kids can play by themselves or with their friends in the split screen couch co-op mode. Reviewers say their kids (especially the boys) absolutely love this game, and that kids as young as 7 can easily understand game play. They also like that their kids can play the game together on the same team instead of competing against each other.

Playing video games on an Xbox together can be a great way for kids to bond with their family and friends. And if you’re a multi console house, you can see our top choices for The Best PS4 Games for Kids or The Best Nintendo Switch Games for Kids.